written by Ivan S July 10, 2019
Spread the love
The screen malfunctions that caused Samsung to pull its Galaxy Fold only days before official release seemed like a massive judgmental error. But how did the tech giant miss such an obvious fault? 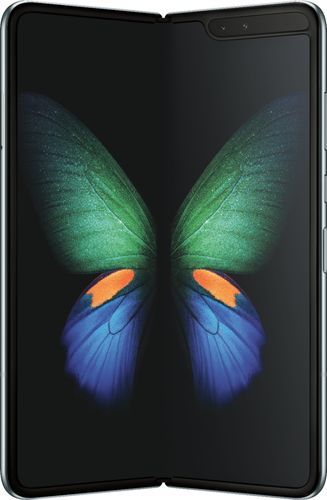 According to The Independent, Samsung CEO DJ Koh stated that ‘it was embarrassing. I pushed it through before it was ready.” He made these comments at a recent media meeting, the same one in which he mentioned the new Note 10. After these failures, Koh claimed that he “missed something on the foldable phone, but we are in the process of recovery.” He stated that there are currently 2,000 models being tested after Samsung “defined all the issues”, including some “we didn’t even think about.” However, the company has yet to give an official release date for the Galaxy Fold, implying that there are still plenty of faults to iron out in the device. This also means that the market has been completely opened up to its main rival, the Huawei Mate X, although this still has no official release date. Unlike Samsung, which many believe rushed its phone to be first on the market, Huawei is taking a more cautious approach to their release. The company’s European President, Walter Ji, claims the device is in “final testing.” The problem with foldable phones is that they are technologically very difficult. However, companies like Samsung see them as a stepping stone to better devices, causing the eventual end of the smartphone. Koh stated that “foldables will last a couple of years”, The Independent reported. He continued: “Another form factor is a possibility, but once 5G and the internet of things are available, we must think smart devices. Smartphones may decline but new devices will emerge.” In Koh’s vision there will be a larger network of smart devices at convenient locations, all of which are connected, and this will replace the concept of a single device carried by the user. This could eventually lead to a more abstract understanding of digital assistance, which will be aided by voice-controlled AI and smaller devices like smart watches. Samsung’s Head of Electronic Design, Kange Yun-Je, told The Independent that “smartphone design has hit a limit, which is why we designed a folding phone. But we’re also focusing on other devices that are beginning to make a wider impact on the market, such as smart earphones and watches.” “In five years or so, people will not even realize they are wearing screens. It will be seamless.” This is providing foldable phones make the splash they are meant to, of course.

Crazy Electric Car Noises Will Be Mandatory In...

Will The Samsung Foldable Phone / Tablet Be...