As we are somberly aware, one of the Jan 6th protesters who was murdered at the hands of Capitol Police, has had almost exclusively demonizing coverage in the main stream fake news media with seemingly no hint of justice or accountability in sight.  We are speaking of U.S. Air Force Veteran Ashley Babbitt. 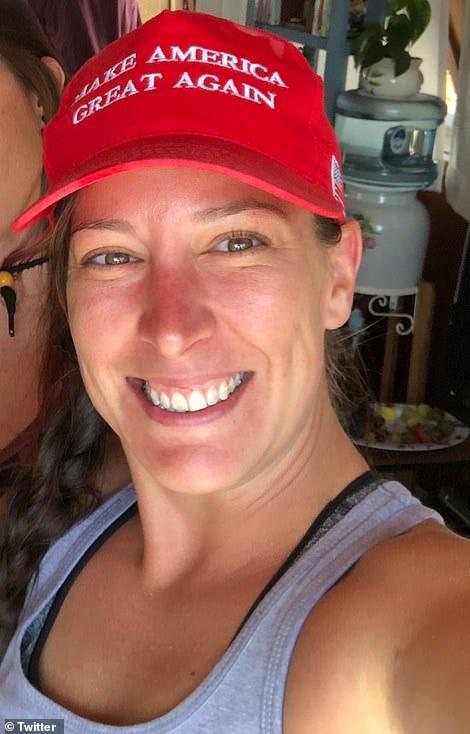 One of the most respected lawful powerhouses of real justice, Judicial Watch, sued in the U.S. District Court for the District of Columbia invoking the Freedom of Information Act in order to force these criminals to release all data surrounding Babbitt’s murder.

January 6 has become a touchstone in the uneven application of justice aginst those who lean conservative. In particular, the obviously political secrecy and stonewalling in the police killing of Ashli Babbitt is undermining the rule of law.

Undaunted by the obstacles thrown our way, we filed a FOIA lawsuit against the U.S. Department of Justice for records related to the shooting death of 14-year Air Force veteran Ashli Babbitt on January 6, 2021, in the U.S. Capitol Building.

Babbitt was shot and killed as she climbed through a broken interior window in the United State Capitol. She was unarmed. The identity of the shooter was kept secret by Congress as well as federal and local authorities for eight months until U.S. Capitol Police officer Michael Byrd went public to try to defend his killing of Ms. Babbitt.

On April 14, 2021, the Justice Department issued a press release stating: “The U.S. Attorney’s Office for the District of Columbia and the Civil Rights Division of the U.S. Department of Justice will not pursue criminal charges against the U.S. Capitol Police officer involved in the fatal shooting of 35-year-old Ashli Babbitt, the Office announced today

We mostly all know Ashley was unarmed and was executed for the crime of supporting humanity against the corrupt and satanic forces  occupying the castle rock set of the white house.  She was not a member of trantifa or an fbi agent provocateur and so she was murdered at the hands of a sociopath with a badge and gun employed by the U.S. Capitol Police named Michael Byrd.  He is infamously quoted in a television interview stating that his murderous actions ‘saved countless lives’.  Another obvious example of the kind of over the top gas lighting we have come to be all too familiar with i.e bad is good, murderous riots are peaceful protests while actual protests are ‘worse than 911’ insurrections.

Maybe the psychopathic blood thirsty rioters who murdered and destroyed innocent people’s livelihoods would like to say her name or paint a few murals.