As many in the world outside of the mass Stockholm consensus trance have predicted, mass shootings are at all time record highs at a mind numbing rate of 2 per day.  What a surprise, exactly like the days of Obaminable’s crime spree hay day when gun control legislation was being attempted.  We all knew they would create false flags to push their hideous satanic agenda, no matter the number of peasants and innocents mowed down in their sick twisted war machine. 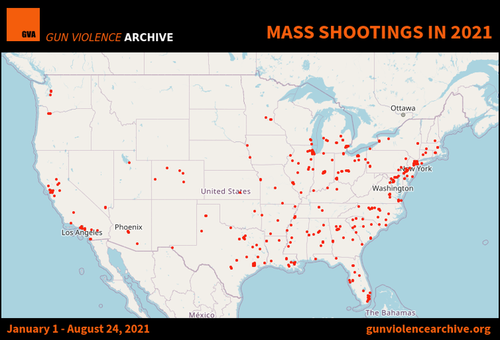 It happened five times last year (May-September), and now three times in 2021. August is on pace to do the same. https://t.co/pewhvCR8e2

“While there’s no one-size-fits-all approach, we know there are some things that work. And the first of those that work is stemming the flow of firearms,” Biden yammered.

In an attempt to fulfill the ultimate wildest wettest dream of the satanic elite puppet resident Biden is using the false flag shootings that they have 100 percent orchestrated by the self same oozing filthy slime.

The Machine Gun Next Lays out the scheme in the video below:

Ben Stein Suspended By YouTube For Asking Too Many Covid Questions – See The Censored Interview Here!